To share your memory on the wall of Alex McClain, sign in using one of the following options:

Provide comfort for the family of Alex McClain with a meaningful gesture of sympathy.

Alex attended the public schools of Duval County. While working in various industries he discovered that his passion was helping people, in particular the elderly. This led to his decision to become a Certified Nursing Assistant. Alex had an uncanny ability to reach people which carried over in his volunteer services at Clanzel Brown Senior Citizen and Mary Singleton Center. Later in his Christian walk, he joined St. Stephen AME Church under the leadership of then pastor, Rev. Dr. Michael L. Mitchell.

Alex was preceded in death by his parents, George McClain and Carrie B. Williams McClain; siblings, Samuel Morgan and Lonnie Morgan; and a daughter, Sheree McClain.

To send flowers to the family or plant a tree in memory of Alex McClain, please visit our Heartfelt Sympathies Store.

Receive notifications about information and event scheduling for Alex

We encourage you to share your most beloved memories of Alex here, so that the family and other loved ones can always see it. You can upload cherished photographs, or share your favorite stories, and can even comment on those shared by others.

Posted Jul 08, 2019 at 12:56pm
Our deepest sympathy for your loss! We take great pleasure in reminding you that Jesus taught his followers to pray for God's Kingdom to come and his will to be done on earth. (Matthew 6:10) Find comfort in knowing what this Kingdom will do in the future for those who love God with their whole heart, soul, and mind. (Matthew 22:37-29) When Alex in brought back to life and God's Kingdom rules over the earth, nobody will get sick or die, and all humans will honor God's name. (Acts 24:15; Revelation 22:1-3) Treasure this future for Alex!
Comment Share
Share via: 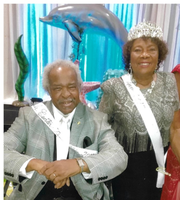