To share your memory on the wall of Alexander Wiggins, sign in using one of the following options:

Provide comfort for the family of Alexander Wiggins with a meaningful gesture of sympathy.

Alexander was a faithful and dedicated communicant of the Church of the Crucifixion. Down through the years, he served in numerous capacities in the church, such as Eucharist Minister, Board of Trustees, Knights of Peter Claver, and Usher.

As a Civil Servant with the Naval Aviation Depot, Alexander was a Planner and Estimator, Sheet Metalist, and Work Center Supervisor. Also, his other affiliations was with the NAACP and the Elks.

Alexander was a man of great stature, a good instructor, and his character was one of cooperativeness, reliability, and initiative. He always had a willingness to accomplish his tasks, going above and beyond average to communicate with all hands. His example spoke louder than his words. He was known to many as the “walking encyclopedia” and the “walking dictionary”. As a SCPO, he established a criteria to live by that set an excellent example.

He was preceded in death by his parents, Charlie and Sarah Wiggins; brother, Clarence Frazier; son, Charles Wiggins; and daughter, Cynthia Whitfield.

For all of your exemplary dedication and service to your country, and your love for God, family and other lives you have touched with your great wisdom, knowledge, and integrity, Senior Chief Petty Officer Alexander Wiggins, Your beloved family along with the Armed Forces of the United States of America and the Department of the Navy, hereby Most Honorably Salute You for a Job Well Done and Discharge You to be with our Lord and Savior Jesus Christ. Amen.

The funeral service for Alexander Wiggins will be held 11AM Thursday, February 20th, 2020 at the Church of the Crucifixion 3183 Edgewood Ave W. The visitation will be 5 - 7PM , Wednesday, February 19th, 2020 at the mortuary 4315 North Main Street. Interment in Jacksonville National Cemetery. Please sign the family guest book and view the video tribute @ www.tswarden.com. Arrangements in care of Tyrone S. Warden, FDIC, 4315 N. Main Street, 765-1234
Read Less

To send flowers to the family or plant a tree in memory of Alexander Wiggins, please visit our Heartfelt Sympathies Store.

Receive notifications about information and event scheduling for Alexander

We encourage you to share your most beloved memories of Alexander here, so that the family and other loved ones can always see it. You can upload cherished photographs, or share your favorite stories, and can even comment on those shared by others.

Reginald R Chever II and Larry & Martha have sent flowers to the family of Alexander Wiggins.
Show you care by sending flowers

Posted Feb 19, 2020 at 09:48am
Although we mourn the loss of Uncle Wig, we also celebrate his profound legacy. You're in my continued thoughts and prayers. Love always, your nephew

Posted Feb 15, 2020 at 10:00am
Our thoughts and prayers are with our son-in-law Pierre Kendrick and family with our deepest sympathy. Love Larry and Martha Baker of Richmond, VA 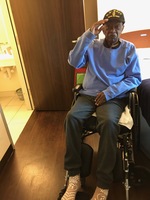 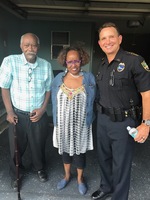