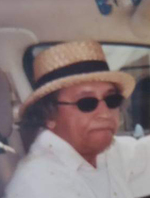 Alfred Whitley was born in Indianola, Mississippi on March 26, 1935 to Elisha and Mary Ella Whitley. He confessed Christ at an early age and united with Oakland Avenue Missionary Baptist Church. He received his education in the Detroit Public School System and went on to work as a chauffeur for the greater part of his life.