To share your memory on the wall of Carrie Adams, sign in using one of the following options:

Provide comfort for the family of Carrie Adams with a meaningful gesture of sympathy.

Carrie fell asleep in death on Monday, June 17, 2019. She was preceded in death by her parents, Will and Claudie Lee Thomas; five siblings, Ida B. Miller, Willie Thomas, Anna Mae Wilder, Annie B. Lawson and Doretha Johnson. Also preceded her in death were two sons, Johnnie Adams of Albany, New York, who passed on May 3, 2015 and Reginald L. Adams of Jacksonville, Florida, who passed on October 13, 2018.

Carrie dedicated her life to Jehovah God and was baptized in 1963, where she attended the Westside Congregation of Jehovah’s Witnesses for over forty years, then the Lake Forest Congregation. Because of her love for Jehovah and the truth she had learned, Carrie Mae faithfully and zealously served as a regular pioneer from 1963 until she was approved to be added on the pioneer infirm list (for the elderly who no longer could get out in service) in 2006, until her passing. Carrie was privileged to be used by Jehovah to aid many individuals into Jehovah’s organization. Throughout her life, as a Witness for Jehovah, Carrie Mae fixed her heart on serving and pleasing our Loving God and Father, Jehovah until the end.

To send flowers to the family or plant a tree in memory of Carrie Mae Adams, please visit our Heartfelt Sympathies Store.

Receive notifications about information and event scheduling for Carrie

We encourage you to share your most beloved memories of Carrie here, so that the family and other loved ones can always see it. You can upload cherished photographs, or share your favorite stories, and can even comment on those shared by others.

Posted Jun 26, 2019 at 05:29pm
Our heartfelt condolences to Sister Carrie Mae Adams' Fleshly and Spiritual Family! No matter how well we are aware that sickness and death can be expected because of the disobedience of Adam and Eve, we are still saddened when our loved ones fall asleep in death. We pray that this family keeps its eyes on God's purpose for humankind which is to possess the earth and live forever on it under happy, peaceful, and perfect conditions.--Romans 5:12; Genesis 1:28; Psalm 37:29. May you allow the God of all comfort to strengthen you enabling you to comfort each other as you prepare for the day when Sister Carrie Mae will answer to Jesus' voice and is reunited her family. We all look forward to the time when God's will is done on earth as it is in heaven and life will be just as God purposed it to be. (John 5:28-29; Matthew 6:10; Revelation 21:3-5)
Comment Share
Share via: 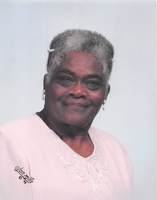 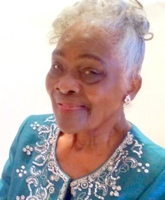 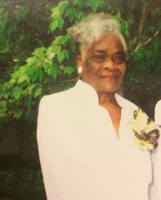