To share your memory on the wall of Cornelius Funches, sign in using one of the following options:

Cornelius was very skillful and worked at the following companies: Firestone Tire Company, Criswell Tire Company, B & B Exterminating, and Anchor Hawkins Company. Cook worked and retired from Kaiser Aluminum/National Car Company after 30 years of service. After retirement, he worked as a bus driver for M.C. Harris, First Student, and Durham Bus Services.

Cornelius enjoyed fishing, collecting trains, and was always curious about how things worked. He loved to watch sports and TV westerns. The true love of his life was Ms. Betty Ann Jones, who he met and married on May 30, 1970. They remained together 56 years until his passing.

To send flowers to the family or plant a tree in memory of Cornelius Gilchrist Funches Jr., please visit our Heartfelt Sympathies Store.

Receive notifications about information and event scheduling for Cornelius

We encourage you to share your most beloved memories of Cornelius here, so that the family and other loved ones can always see it. You can upload cherished photographs, or share your favorite stories, and can even comment on those shared by others.

Posted Aug 14, 2020 at 11:49am
Send our prayers and condolences for your loss. We pray God comfort and keep you in his care. Love always, the Kitchen family

Posted Aug 09, 2020 at 05:45pm
When someone you love becomes a memory, that memory becomes etched in our soul.

Posted Aug 09, 2020 at 03:53pm
My brother in law Cornelius G. Funches better known as Cook. From the very first time I met the family I was no stranger Cook had a very sweet and loving spirit about himself he and my beautiful sis n law accepted and always showed love for me they were and still are the greatest in laws anyone could ever wish for. Cook was always smiling and having fun with his family. I will always cherish the family gatherings and cookouts at their home. Cook was a great husband a wonderful father and grandfather as well as brother in law.I can imagine him now looking down on us with that beautiful smile saying to my sister Betty I love you just as you love me but God love me best don't share too many tears just remember the love and memories and know that I am fine resting in peace with my Father in Heaven whom loved me best. Earth has no sorrows that Heaven can't heal. Love you Brother , Cheryl
Comment Share
Share via:
LH

We are saddened to learn of the passing of your beloved Funches. I shall forever remember how you two enjoyed each other’s company and shared soooo many good times! Gods blessings to you all and May the memories of the good times remain with you always! 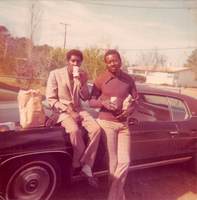 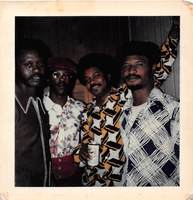 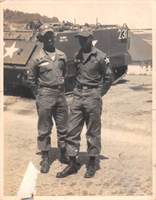