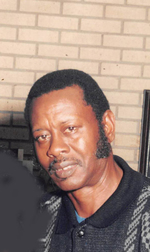 Mr. Cornelius Gilchrist Funches, Jr., lovingly known as “Cook”, was born on November 20, 1942 in Jacksonville, Florida to Cornelius Mack Funches, Sr. and Mrs. Ozie Bell Funches. He received a formal education in the school system of Jacksonville and learned masonry skills from his father who was a contractor. A graduate of Stanton Preparatory School where he was awarded a full scholarship to college, Cornelius decided to join the United State Army in 1961 where he served three years. After his military tour ended, he returned to Jacksonville.

Cornelius was very skillful and worked at the following companies: Firestone Tire Company, Criswell Tire Company, B & B Exterminating, and Anchor Hawkins Company. Cook worked and retired from Kaiser Aluminum/National Car Company after 30 years of service. After retirement, he worked as a bus driver for M.C. Harris, First Student, and Durham Bus Services.

Cornelius enjoyed fishing, collecting trains, and was always curious about how things worked. He loved to watch sports and TV westerns. The true love of his life was Ms. Betty Ann Jones, who he met and married on May 30, 1970. They remained together 56 years until his passing.