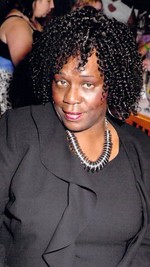 Cynthia Anita Morgan was born September 21, 1954, to the late James Williams and Mary Jean White. She attended and graduated from Dade County Public Schools System (Class of 1971). She grew up near Miami, FL in the suburb town of Seminola in Hialeah, FL, where she met and married her husband, Roger Morgan. Together, they became the proud parents of two daughters: the late Pyshanna Morgan and Tykeisha Morgan. Cynthia was raised in a loving home by her aunt, Janet Burgess, a devoted Christian who served the Lord and raised Cynthia in the fear and admonition of the Lord.

In 1999, Cynthia relocated to Jacksonville, FL where she was known to those who encountered her as a symbol of joy and laughter. Those who knew her said, “To know her is to love her”. As a result of her Christian upbringing, Cynthia knew the importance of dedicating her time and talents to serve the Lord. She received full membership at Believers of Christ Temple Ministries in 2010. She faithfully served as a greeter and did the announcements inspirationally, having a thought for the day or story to share with the congregations, which was timely, encouraging, and often times humorous.

Cynthia was previously employed with State Farm Insurance Agency, Mayo Clinic, and also worked for the City of Jacksonville Tax Collector’s Office. Prior to her going to be with the Lord, Ms. Cynthia Morgan was a Caretaker for the Elderly. Her occupations and day to day practices were filled with serving others.