To share your memory on the wall of Daisy Brown, sign in using one of the following options:

Print
Sister Daisy Bell Brown (72) was born on December 23, 1947 in Kingstree, South Carolina to the Late Robert and Aleane Brown. Her mother, Aleane, passed at an early age and Daisy was raised by the Late Elease Brown Jacobs.

She attended Pi... Read More
Sister Daisy Bell Brown (72) was born on December 23, 1947 in Kingstree, South Carolina to the Late Robert and Aleane Brown. Her mother, Aleane, passed at an early age and Daisy was raised by the Late Elease Brown Jacobs.

She attended Pine Forest Community School and graduated with the Class of 1966. After graduation, she moved to New York and attended Pace University, New York. After completion of college, she was employed at Chemical Bank in New York as an Executive Secretary and retired from Chase Bank. Upon returning to Florida, she worked for the Jacksonville City Council. Later, she joined her son, Gregory, and the Late Sherry Blue in business with the “Make It Happen Bail Bond Company”.

To send flowers to the family or plant a tree in memory of Daisy Bell Brown (Brown), please visit our Heartfelt Sympathies Store.

We encourage you to share your most beloved memories of Daisy here, so that the family and other loved ones can always see it. You can upload cherished photographs, or share your favorite stories, and can even comment on those shared by others.

Foundation For Fortitude, Larry E. Baxter, HOA President, and others have sent flowers to the family of Daisy Bell Brown (Brown).
Show you care by sending flowers

Foundation For Fortitude purchased flowers and planted a memorial tree for the family of Daisy Brown. Send Flowers

The Brookins and Myers Family

Posted Mar 20, 2020 at 09:17am
Greg, our thoughts and prayers are with you. We loved and will miss Ms. Daisy. May God continue to give you strength to get through this.

The Brookins and Myers Family purchased flowers for the family of Daisy Brown. Send Flowers

Posted Mar 20, 2020 at 07:51am
Remembering Daisy's wonderful and gentle soul will forever remain in our hearts. Rest in Peace Daisy. The Murray Family

Posted Mar 19, 2020 at 03:27pm
My heartfelt condolences to all the family and friends for their loss. May you find comfort, endurance and peace during this time of sorrow.
Comment Share
Share via: 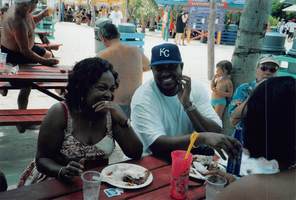 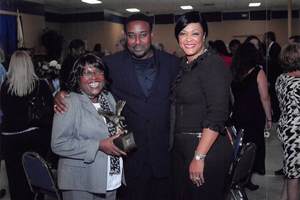