To share your memory on the wall of Darryl Travalee, sign in using one of the following options:

Print
On Saturday, March 7, 2020, in Jacksonville, Florida, Darryl Miles Travalee, a loving son and father of two children passed away at the age of 39.

Darryl was born June 3, 1980, in Denver, Colorado to his parents, AT1 Inez Travalee (reti... Read More
On Saturday, March 7, 2020, in Jacksonville, Florida, Darryl Miles Travalee, a loving son and father of two children passed away at the age of 39.

Darryl was born June 3, 1980, in Denver, Colorado to his parents, AT1 Inez Travalee (retired Navy) and Darryl Gwaltney.

He received his high school diploma from Florida Community College at Jacksonville (FCCJ) and attended college at FCCJ. Darryl studied computer technology and studied carpentry at United Brotherhood of Carpenters and Joiners of America.

During the time of living in Sigonella, Darryl played basketball, baseball, and soccer with the Sigonella Youth Athletic Association. He practiced soccer with the local Sicilian kids. He was in the boys Scouts and had the privilege to participate in the International Scouting Jamboree in Italy, earning various merits and badges. He also played little league baseball in Schenectady, New York.

Darryl had a passion for computers and loved and installed car audio systems. He combined his two favorite hobbies to create extraordinary projects. His knowledge with computers was admired not only by friends and family, but also by a local school where he helped reprogram an entire computer lab where he had attended. He was a music lover and collector of Star Wars and Star Trek memorabilia.

Darryl was well known for always being sleepy when friends and family had contact with him. From this, he earned the nickname, “SLEEPY”, which he will always be remembered by.

To send flowers to the family or plant a tree in memory of Darryl Miles Travalee, please visit our Heartfelt Sympathies Store.

We encourage you to share your most beloved memories of Darryl here, so that the family and other loved ones can always see it. You can upload cherished photographs, or share your favorite stories, and can even comment on those shared by others. 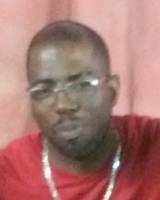 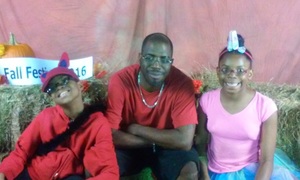