To share your memory on the wall of David Footman, sign in using one of the following options:

David graduated from C.E. Murray High School as a proud member of the Bicentennial Class of 1976. He played the trumpet in the marching band and was an active member of the Explorer Scouts and the school’s safety patrol. David also served as a trainee for the Junior Varsity Basketball Team. The Bible says, “A man that hath friends must show himself friendly.” Proverbs 18:24. David was well-liked in his hometown community of Greeleyville, South Carolina as well as anywhere he travelled. David was such a big-hearted person. He genuinely loved his wife, children, and all those he encountered.

David was first employed by Wilder Brothers Furniture Company in Greeleyville South Carolina. He moved to Connecticut after High School, but shortly after returned to Greeleyville. He later moved to Ft. Lauderdale where he worked at Motor Rotor, after which he moved to Jacksonville, Florida where he attended truck driving school at Road Masters. After finishing school, David purchased a truck and started his truck driving business, "3D Trucking Company" named after (David, DJ, and Dasia). David had a love for driving and continued to drive until his health no longer permitted.

David accepted Jesus Christ as his Lord and Savior in 2004 while attending Philippian Community Church. He then met his wife, Valerie and moved his membership to Bethel Baptist Institutional Church where he was an active member participating in various church ministries. David was ordained on September 15, 2019 as a Deacon of Bethel Baptist Institutional Church. He was humbled to become a servant of the Lord.

David loved to cook of which barbequing was his favorite. He shared his famous BBQ-Sauce with everyone. David was a dedicated husband and often cooked wonderful meals for his wife and family.

Time to embrace: On August 7, 2010 David and Valerie was united in Holy Matrimony. David and Valerie shared special memories, talking, laughing, traveling, meeting people, and sharing his testimony of the goodness of God in his life. He was thankful for the grace and mercy bestowed to him during his lifetime.

To send flowers to the family or plant a tree in memory of David Footman Sr., please visit our Heartfelt Sympathies Store.

Receive notifications about information and event scheduling for David

We encourage you to share your most beloved memories of David here, so that the family and other loved ones can always see it. You can upload cherished photographs, or share your favorite stories, and can even comment on those shared by others.

Ribault Athletic Booster Club, David & Crystal Carlow and Jason Simons, and other have sent flowers to the family of David Footman Sr.
Show you care by sending flowers

Posted May 11, 2020 at 09:17pm
From the very first time I met David, he left an everlasting impression on me. He was a hugging type of individual, he was friendly, caring, he loved his wife and children, he was a christian hearted person who loved The Lord. He will truly be missed,, and will leave a void in the hearts of so many. Even though His time on earth has come to an end, He will soon join our Heavenly Father in is new home in Heaven. Rest in Peace David.
Comment Share
Share via:
O

Posted May 11, 2020 at 03:12pm
David, I am going to miss your presence at the 4th of July gathering at your mom, my aunt's house in Greelyville. It will not be the same anymore 🙃. My condolences to the family. Rest In Heavenly Peace until we meet again! Your cousin, Ojetta Robinson-O'Bryant
Comment Share
Share via:
CS

Flowers were purchased for the family of David Footman. Send Flowers

Posted May 08, 2020 at 02:02pm
To Valerie and family I am praying for you.
David will be missed. I will miss the fun times we had in the Vill at homecoming. I will continue to lift you and the rest of the family up in prayers. May God’s presence cover y’all and give you strength during this heartfelt loss. Shelia Williams
Comment Share
Share via: 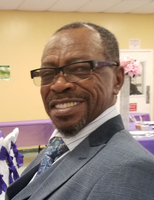 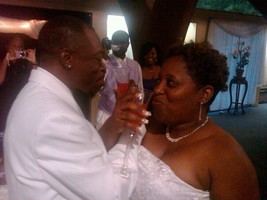 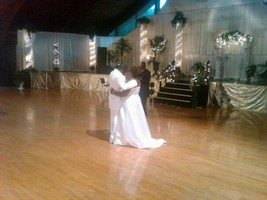 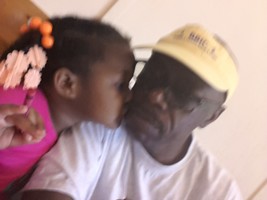