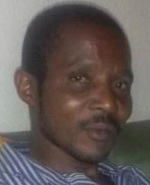 Didas Bankumukunzi was born in Burundi, Bujumbura on January 1, 1960 to Pierre and Maria. He attended schools in Burundi. Didas later met and married Generose Niyonzima in Kigali, Rwanda on March 1, 1994 and from this union three sons, Emmanuel, Etienne, Pierre and two daughters, Rose and Emeryne were born. Didas worked at the Omini Plantation. He loved to cook and was a master griller, he loved music, dancing and telling jokes.

Didas departed this life on September 27, 2019. He was preceded in death by his parents, Pierre and Maria; two brothers and grandparents.