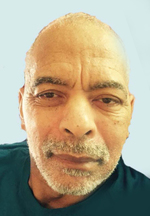 Donnell Ford, Jr. was born on January 3, 1951 to Donnell Ford, Sr. and Lula Bell Ford in Jacksonville, Florida. He attended Douglas Anderson and Wolfson High Schools where he played football and was given the name Dirty Red by Coach Nathaniel Washington. Donnell graduated from Wolfson with the Class of 1969.

Donnell worked for Rinker Concrete in Miami, Florida as a driver for many years. After returning to Jacksonville he worked as an Air Conditioner Technician until retirement.

Donnell departed this life on Friday, October 11, 2019. He was preceded in death by his loving mother, Lula B. Frazier and father, Donnell Ford, Sr.