To share your memory on the wall of Gloria Dear, sign in using one of the following options:

Provide comfort for the family of Gloria Dear with a meaningful gesture of sympathy.

Gloria later went on to attend Malcom X College in Chicago, Illinois and as the course of her life went on she worked until retirement and raised her family. With Jesus being the head of her life, Gloria was led to move her family and relocate to Atlanta, Georgia, where she joined the ministry of The Awakening Power of God's Work Ministries, under the leadership of Apostle A.D. Meeks. She later moved to Jacksonville, Florida and continued with the ministry. During her service with The Awakening Power of God’s Word Ministries, she was ordained as a licensed Minister of the cloth; she served in the choir and as praise and worship leader until her untimely demise.

To send flowers to the family or plant a tree in memory of Gloria Jean Dear, please visit our Heartfelt Sympathies Store.

Receive notifications about information and event scheduling for Gloria

We encourage you to share your most beloved memories of Gloria here, so that the family and other loved ones can always see it. You can upload cherished photographs, or share your favorite stories, and can even comment on those shared by others.

Guaranteed hand delivery by a local florist
BC

Posted Jun 22, 2019 at 12:46pm
I am sorry for your loss! Please allow me to offer some words of comfort from God's word. Our heavenly Father promises to "swallow up death forever." (Isaiah 25:8) He assures us that "there is going to be a resurrection." (Acts 24:15) He promises eternal life when Paradise is restored and God's obedient children will enjoy no more death, no more mourning, and no more pain. (Revelation 21:4) Gloria Jean will enjoy perfect life under perfect conditions surrounded by her family and friends! She will be missed!
Comment Share
Share via: 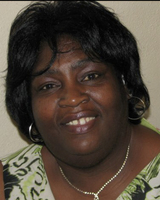