To share your memory on the wall of Herbert Stokes, sign in using one of the following options:

Mr. Stokes was educated in Duval County Schools and graduated from Matthew Gilbert High School, Class of 1955. He was a devoted Christian and a member of All Nations Church, Pastor Kenneth A. Williams. He was employed with Office Equipment Supply and Boise Cascade Corporation. Herbert retired after over forty years of service. He decided to return to work as a bailiff for the Jacksonville Sheriff’s Office, after twenty years of service he retired in 2019.

Mr. Stokes was the patriarch of his family, his wife, Ann Lavern Stokes preceded him in death after 54 years of marriage and also his daughter Michelle D. Evans. He leaves to mourn his loving children: Vicki L. Stokes, Deborah M. Barnum (Willie), Charlene Stokes Williams (Kenneth), Larry B. Stokes (DeAnna), and Herbert R. Stokes, III (Deborah); a live-in granddaughter, Nekia Puzie and daughter Leah; along with 14 grandchildren and 11 great grandchildren; two sisters-in-law, Fannie B. Williams and Dorothy Webb; two brothers-in-law, Elroy Rivers, Jr. and Crawford Rivers (Paulette); a special uncle, his mother’s last sibling, Robert Jones, cousins, Sandra Anderson and Gloria J. Edwards of Palmetto, FL; and a host of nieces, nephews, and cousins. Herbert will be missed by his dear friend and neighbor, James Brown, Joe Rouhlac, and Charles LaVant. Mr. Stokes did not know any strangers, because he had a love for people.
Read Less

To send flowers to the family or plant a tree in memory of Herbert Stokes Jr., please visit our Heartfelt Sympathies Store.

Receive notifications about information and event scheduling for Herbert

We encourage you to share your most beloved memories of Herbert here, so that the family and other loved ones can always see it. You can upload cherished photographs, or share your favorite stories, and can even comment on those shared by others.

From~ The Crew and 904WARD Board sent flowers to the family of Herbert Stokes Jr.
Show you care by sending flowers

Posted Aug 07, 2020 at 02:59pm
Please accept our most heartfelt sympathies for your lossour thoughts are with you and your family during this difficult time.

Flowers were purchased for the family of Herbert Stokes. Send Flowers

From~ The Crew purchased flowers for the family of Herbert Stokes. Send Flowers

904WARD Board purchased flowers for the family of Herbert Stokes. Send Flowers 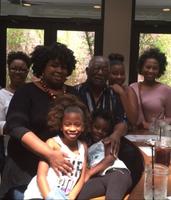 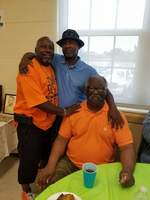 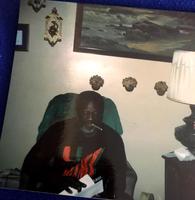