To share your memory on the wall of John Mosley, sign in using one of the following options:

In 1990, he met his wife Angela Joyce Gamble. They were united in marriage on June 28, 1991. They were blessed with three lovely children, Ce’teria Mosley (David), Kimberly Mosley, and John Mosley. This union lasted for 25 years until her death on February 24, 2016. John’s life was dedicated to helping others and providing for his family, he was an all-around superhero to his children. John was a renaissance man and there was nothing that he couldn’t fix.

John accepted Jesus Christ as his personal Savior. He became a dedicated member of Tru-Way Church of the Risen Christ, serving under the leadership of Pastor Elwyn W. Jenkins. A devoted disciple of God, his heart was truly to serve God with all his mind, soul and strength.

John was a unique, faithful and dedicated man; one who deeply loved his children. He was loved by many and he will be truly missed.

God makes no mistakes. He looked down from heaven and saw that John’s soul was tired and weary. God then looked at his record and saw his dedication and faithfulness to him and decided to bring him home to paradise to stay, leaving the impression that his family will walk in his absence and love one another the way he loved God and them.

To send flowers to the family or plant a tree in memory of John Franklin Mosley Sr., please visit our Heartfelt Sympathies Store.

Receive notifications about information and event scheduling for John

We encourage you to share your most beloved memories of John here, so that the family and other loved ones can always see it. You can upload cherished photographs, or share your favorite stories, and can even comment on those shared by others.

Children of the late John and Katie Mosley, The Velosio Team, and other have sent flowers to the family of John Franklin Mosley Sr.
Show you care by sending flowers

Children of the late John and Katie Mosley

Children of the late John and Katie Mosley purchased flowers for the family of John Mosley. Send Flowers

Posted Aug 03, 2020 at 07:42am
Our Loving Support to the Mosley Family and those who cherish the memory of John!

The Velosio Team purchased flowers for the family of John Mosley. Send Flowers

Posted Jul 30, 2020 at 10:33pm
I wanna Tell God thanks for blessing me with John F Mosley and Angela Mosley as my parents 💙🙏💪💙
Comment Share
Share via:
HF

Harold and Pamela Mosley and Family

Harold and Pamela Mosley and Family purchased flowers and planted a memorial tree for the family of John Mosley. Send Flowers

From the Brown & Turnbow family

From the Brown & Turnbow family purchased flowers for the family of John Mosley. Send Flowers 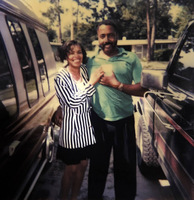 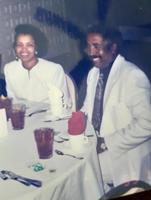