To share your memory on the wall of Langford Smith, sign in using one of the following options:

Deacon Smith worked as a Longshoremen under ILA on Blunt Island for many years retiring in 2016. He met and later married the late Evangelist Veronica Lane Williams Smith on May 19, 1985. From this union Veronica, Langford Jr., Perdita and Jeremiah was born. He became a member of Tru-Way Church of the Risen Christ in 1998, under the leadership of Pastor Elwyn W. Jenkins. He was a deacon and worker for the Lord until he was called home.

Deacon Smith leaves behind a Long Lasting Legacy, A father, grand-father, husband, Longshoreman and dedicated highly respected Deacon of his church family, will be forever Loved and Missed.

To send flowers to the family or plant a tree in memory of Langford Bernard Smith, please visit our Heartfelt Sympathies Store.

We encourage you to share your most beloved memories of Langford here, so that the family and other loved ones can always see it. You can upload cherished photographs, or share your favorite stories, and can even comment on those shared by others.

Posted Nov 11, 2019 at 08:49pm
Wow, our hearts are heavy but we understand God knows best of all decisions made when He calls one home to glory. We will truly miss your smile, your Love and Most of your anointed voice of praise and song. We will miss coming to church and you "OH WIILIE AND ILL SAY BERNARD. Man we been together many years working and serving God together. Loved you like a Brother. All your prayers for me and my wife will always be treasured in our hearts.
Comment Share
Share via: 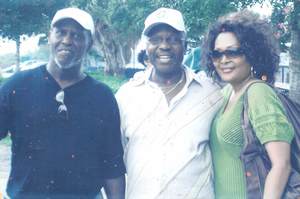 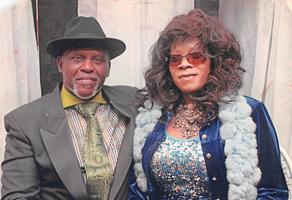