To share your memory on the wall of Leonard Brown, sign in using one of the following options:

Print
Brother Leonard Brown (75) was born on October 11, 1944 in Greeleyville, South Carolina to the Late Robert and Allean Brown.  His mother Allean passed at an early age and Leonard was raised by the Late Elease Brown Jacobs.

He joined Gre... Read More
Brother Leonard Brown (75) was born on October 11, 1944 in Greeleyville, South Carolina to the Late Robert and Allean Brown.  His mother Allean passed at an early age and Leonard was raised by the Late Elease Brown Jacobs.

He joined Greater Mt. Pleasant Missionary Baptist Church at an early age under the pastorage of the Late Rev. C. W. Whitten.

Leonard attended Pine Forest Community School and graduated with the Class of 1963. After graduation, he attended college and received an Associate Certification in Electrical.  He worked for Hoyt Stereo, Jacksonville and later for Catlin Interior Designs.  In 1995, he opened his own business, Leonard’s Full Moving Service and it is still open for business.

He answered his Master’s call on Thursday, September 17, 2020 at Memorial Hospital, Jacksonville, Florida.

Special thanks to Jo Hagan, CPA, Barefoot Accounting, PA, the Staff at Brooks Rehabilitation Programs & Services, Jacksonville, Dr. Naeem Haider, MD, Nephrologist of Jacksonville, FL, the Doctors and Staff at Memorial Hospital Jacksonville, and to everyone that continuously prayed for him.

To send flowers to the family or plant a tree in memory of Leonard Brown, please visit our Heartfelt Sympathies Store.

Receive notifications about information and event scheduling for Leonard

We encourage you to share your most beloved memories of Leonard here, so that the family and other loved ones can always see it. You can upload cherished photographs, or share your favorite stories, and can even comment on those shared by others.

Love Kettia and Kayleigh, Jermaine and Tricia Dampier & family, and other have sent flowers to the family of Leonard Brown.
Show you care by sending flowers

3 trees were planted in the memory of Leonard Brown

Posted Sep 24, 2020 at 07:47pm
Praying for you and your family during this difficult time Momma Mona!

Posted Sep 24, 2020 at 06:51pm
To the family of Leonard Brown: A good person’s heart has stopped beating, a good soul soared to heaven, someone so special can never be forgotten. The Murray family hearts are very heavy today and we are left with a big void in our lives. I cannot believe that “Lenford” is no longer with us… Your radiant smile will surely be missed, especially at the reunions. We must believe that God has bigger plans for you. We will always remember Lenford and will reminisce over all of his outstanding qualities, sharp dresser as well as all the joy he brought into life. We all love you but God loved you best. Rest in Peace our beloved “Lenford”, (Mr. Jaguar). Leaving the family with Isaiah 40:8, “The grass withers, the flower fades, but the word of our God will stand forever.” Your Murray Family
Comment Share
Share via:
DW

Posted Sep 24, 2020 at 03:08pm
Leonard and family,
A wonderful man has left us.
Thank you for your help - your kindness
And great conversation.
Farewell and GOD Speed......
The Helmick's 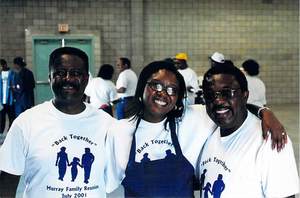 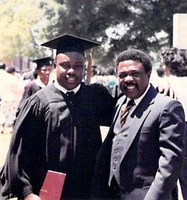