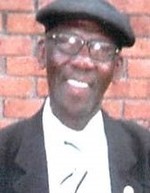 Leroy departed this life on Monday, July 29, 2019. He was preceded in death by his parents.