To share your memory on the wall of Louise Curtis, sign in using one of the following options:

Provide comfort for the family of Louise Curtis with a meaningful gesture of sympathy.

Print
Louise Curtis was born in Metter, Georgia on February 7, 1935 to the late Maceo and Cora Byrd. She received Christ at an early age and later became a member of International Bibleway Apostlic Christian.

Louise was known to many and loved... Read More
Louise Curtis was born in Metter, Georgia on February 7, 1935 to the late Maceo and Cora Byrd. She received Christ at an early age and later became a member of International Bibleway Apostlic Christian.

Louise was known to many and loved by all. She was employed as a cafeteria cook at Dupont Elementary, where she later retired after over 30 years of service.

To send flowers to the family or plant a tree in memory of Louise Curtis, please visit our Heartfelt Sympathies Store.

Receive notifications about information and event scheduling for Louise

We encourage you to share your most beloved memories of Louise here, so that the family and other loved ones can always see it. You can upload cherished photographs, or share your favorite stories, and can even comment on those shared by others.

Posted Aug 29, 2019 at 12:19pm
My deepest sorrows to all the family and friends for their loss. Revelation 21:4 gives us the hope that death, crying, suffering and pain will be done away. Until that time may all find comfort thru the reading of God's word
Comment Share
Share via:
BC

Posted Aug 19, 2019 at 03:48pm
"For God loved the world so much that he gave his only-begotten Son, so that everyone exercising faith in him might not be destroyed but have everlasting life." (John 3:16) By Placing our implicit faith in Jesus' ransom sacrifice, this family can be reunited with Ms. Louise. Let us cherish the hope of this endless life under perfect conditions that God wants for all of us! She will be missed!
Comment Share
Share via: 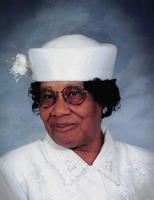