To share your memory on the wall of Monique Reed, sign in using one of the following options:

Provide comfort for the family of Monique Reed with a meaningful gesture of sympathy.

Monique was employed at Carithers Pediatric Group until she became ill.  All who knew Monique knew she fought a good fight and answered God's call on Sunday, August 11, 2019. She was preceded in death by her paternal grandmother, Hattie Reed.

To send flowers to the family or plant a tree in memory of Monique Keyshawn Reed, please visit our Heartfelt Sympathies Store.

Receive notifications about information and event scheduling for Monique

We encourage you to share your most beloved memories of Monique here, so that the family and other loved ones can always see it. You can upload cherished photographs, or share your favorite stories, and can even comment on those shared by others.

Byron Simmons, Rahnita Adams, and others have sent flowers to the family of Monique Keyshawn Reed.
Show you care by sending flowers

Posted Aug 30, 2019 at 07:24am
My prayers are with all the family and friends for their loss. May all find comfort, peace and endurance during this time of trial. 2 Corinthians 1:3,4 helps us to see that God is our comforter
Comment Share
Share via:
DW

Posted Aug 19, 2019 at 11:30am
My sincere condolences to this family. Treasure all memories you shared with Monique and the love that endures in your hearts. May the peace of God that surpasses all understanding enable you to envision a better future for her based upon the ultimate sacrifice that was offered so that she might experience the real life that has been purchased on her behalf! May the promised end of sickness and death prove to be appealing to you!
Comment Share
Share via:
BS

Posted Aug 16, 2019 at 11:58am
Please accept my condolences. May you be comforted by the outpouring of love surrounding you.

Posted Aug 14, 2019 at 11:50am
A symbol of all our love and deepest sympathies! Our Love for Monique is endless. Love, Rahnita and the entire Brinkley family

Posted Aug 14, 2019 at 07:54am
Sleep In Peace Monique, From Your Friends At The Elite Creative Group. Thanks For All Of Your Love & Support Over The Years. 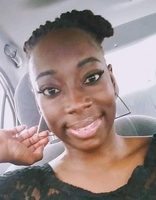 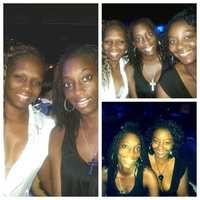