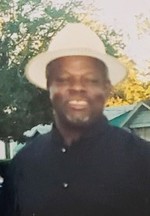 Nathaniel was born in Jacksonville, Florida on February 12, 1948 to James and Vera Hicks whom preceded him in death.

Nathaniel confessed Christ at an early age uniting with First Baptist Church of Oakland. He attended school here in Jacksonville, Florida where he graduated from Matthew W. Gilbert class of 1968.

Nathaniel worked for ILA Local 1408 Longshoremen for many years until he retired. His hobby was cooking on a grill where he enjoyed feeding people. He was known for his kind spirit and love for people. Nathaniel was well known by many, where every person could tell stories or memories about how he touched their lives.