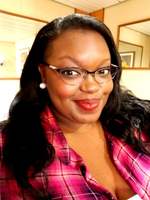 Renae started dancing at the age of 2, and at 3 she was accepted at Wegeforth Academy in San Diego, CA. She attended East Cliff Elementary School and Gregory Portland Middle School in North Little Rock, AR., Mills University Studies High School in Little Rock, AR. She then transferred in 10th grade to Fletcher High School, Neptune Beach, FL. Renae graduated at the age of 16 from Potter’s House Christian Academy in 2005. While in high school, she maintained a position in the National Honor Society and Who’s Who. Ranae began her collegiate studies at University of Arkansas at Little Rock, majoring in Communications. Jacksonville University had just created a new department for Communication and Print Journalism majors, so she transferred to JU where she majored in Communications and Print Journalism, and minored in Photography. While in college, she was in the top half of one percent of all college students.

Renae chose to dedicate her life to Christ at the age of 5 at Rising Star Missionary Baptist Church where she was baptized by her Poppa (Father). She always made an impact at an early age whether she was in school with her peers or family. To know Renae was to know she loved God. She continued her impact by participating in a Praise Dance Team throughout the city. Religious instruments and Christian Harmony (R.I.C.H.). Renae also sang in a National Recording Gospel Group, Body of Christ Youth Covenant Choir. While in college, Renae continued her influence as the Editor and Chief of Jacksonville University Campus Newspaper, The Navigator. She became extremely in love with photography. Her view through a lens captured life beautifully and she presented photographic images that are still cherished to this day. Photography was truly her secret passion. In 2014, Renae became a godmother of her sister-cousins’ daughter, Mia Cummings and boy did she love her as if she were her own. That was the thing about Renae, no matter who she came across, you felt her love as if you had known her your entire life. She counseled, she prayed, she loved, she influenced, Nae will go on her face in prayer for a stranger because she saw the need in people and wanted them to know she cared. Renae had a heart of gold.

On August 4, 2018, Renae began her union to Isaac Byrd Jr. where they began to start their life together. They had many plans to do great things. She is part of the brains behind and Co-founder of the Infinite Bliss Jazz series. They loved to travel and one of their biggest goals was to have children. She was a great wife and also a mother to Isaac B. Byrd III. She honored and loved her family deeply. In the 2 years they were married, their love for one another was felt wherever they went together. The gift of Isaac B. Byrd III is a lasting gift she left her husband on earth.
Renae leaves to cherish her memory, husband, Isaac B. Byrd Jr.; parents, Roderick Allen Ingram Sr. and Renae Claudette Jackson Ingram Sr.; brother, Roderick A. Ingram II (Kiono); father and mother in love, Isaac and Gloria Byrd Sr. and sister in love, Talatha Sherrill (Michael); grandmother, Lillian R. Ingram; and a host of aunts, uncles, cousins, sister cousins, and many friends.