To share your memory on the wall of Richard Melton, sign in using one of the following options:

Richard gave his life to Jesus in 1983 and served the Lord faithfully for the last 35 years as a Sunday school teacher. During his Christian life, he was a member of North Jacksonville Baptist Church, Norwood Baptist Church, and Highlands Baptist Church. Richard was a loving husband and father and a shining light in a dark world. He was a blessing to all that knew him and he will be dearly missed. Richard departed this life on Thursday, November 7, 2019 in Jacksonville, FL.

To send flowers to the family or plant a tree in memory of Richard Melton Jr., please visit our Heartfelt Sympathies Store.

We encourage you to share your most beloved memories of Richard here, so that the family and other loved ones can always see it. You can upload cherished photographs, or share your favorite stories, and can even comment on those shared by others.

Fiora Annel & Dsisy and Kristi Robin Stovall have sent flowers to the family of Richard Melton Jr..
Show you care by sending flowers

Posted Nov 14, 2019 at 01:54pm
My heart ached to hear this news from my best friend Jamie Melton that his father, Mr. Melton, had passed. Mr. Melton was one of the most genuine people I've met as a young impressionable boy fresh out of high school. I had the pleasure & privilege of meeting him a long time ago. He let me hang out with his son, Jamie, at this house. Though I moved away from Jacksonville in '99, I've regrettably had very few chances to see him over the years. My mother & stepfather, Joyce & Willie Fortenberry knew Mr. Melton well as they all worked downtown at the federal bldg. & would bump in to each other in their comings & goings in the building. It was always a pleasure to see Mr. Melton. Society needs more kinder people on this earth and it isn't your time sir. I’m praying for peace for your family. You’re unforgettable Mr. Melton! RIH Henry "Hen" Cobb

Posted Nov 14, 2019 at 04:32am
Our prayers are with your family always! Love, Your Champions Optional Team Family

Posted Nov 14, 2019 at 03:13am
Our prayers are with your family always! Love, Your Champions Optional Team Family

Flowers were purchased for the family of Richard Melton. Send Flowers 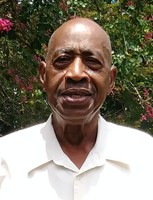 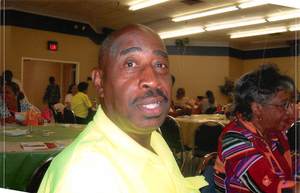 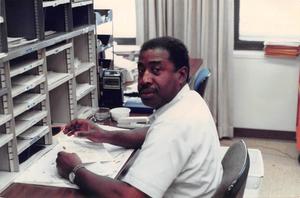