To share your memory on the wall of Robert Howard, sign in using one of the following options:

Mr. Robert "Pokey" Howard Jr. was born July 12, 1974 to the late Robert Howard Sr., and Sylvia L. Ephron-Howard. He attended the local schools of Duval County and graduated from William M. Raines High School in Jacksonville, Florida. He worked as a Longshoreman and Barber for many years.

To send flowers to the family or plant a tree in memory of Robert "Pokey" Howard Jr., please visit our Heartfelt Sympathies Store.

Russell Norris, Dimples, and other have sent flowers to the family of Robert "Pokey" Howard Jr.
Show you care by sending flowers

Posted Oct 24, 2019 at 05:38pm
My heartfelt condolences to the family during your loss. You will continue to be in my thoughts and prayers.
For his anger endureth but a moment; in his favor is life. Weeping may endure for a night, but joy cometh in the morning. Psalm 30:5

Posted Oct 24, 2019 at 07:22am
Cuz you the realest I know! I’m a hold Quandarious down , tell Kamia I’m I got him til God take me home. I appreciate you keeping it real Cuz.
Comment Share
Share via:
T

Posted Oct 22, 2019 at 09:55am
Robert I would try to get on your nerves by texting you Pokie just so you can reply “my name is spelled POKEY” 😂😂 i miss you everyday and it just seem so unreal. Can you promise me that you’ll dance with my Mom in heaven! Yo got me through some of my hardest times in life and I’ll forever thank you for that. I now have another angel watching over me. I love you Robert!!! Until we meet again QUIET STORM CONTINUES!!!
Comment Share
Share via:
D

Posted Oct 22, 2019 at 09:02am
Robert I LOVE YOU!! I MISS YOU!! Dance with both of our moms in heaven baby. Until we meet again QUIET STORM CONTINUES. I LOVE YOU! Love Dimples 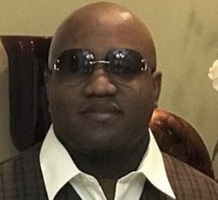