To share your memory on the wall of Samuel Sumlar, sign in using one of the following options:

Provide comfort for the family of Samuel Sumlar with a meaningful gesture of sympathy.

Print
A Time To Be Born
Samuel Odell Sumlar, affectionately known as “Sam” or “Sammy” is the oldest son of Arthur and Verna Sumlar, Sr. He was born on August 21, 1958 in Gainesville, Florida.

A Time To Live
Samuel accepted... Read More
A Time To Be Born
Samuel Odell Sumlar, affectionately known as “Sam” or “Sammy” is the oldest son of Arthur and Verna Sumlar, Sr. He was born on August 21, 1958 in Gainesville, Florida.

A Time To Live
Samuel accepted Christ as his Lord and Savior at an early age and became a member of the Northside Church of Christ; under the leadership of Bro. Alfred Hooker. As an adolescent, he enjoyed playing Pop Warner baseball and football at Scott Park. Sam was educated in Duval County Public Schools and was a 1976 graduate of Jean Ribault Senior High School; where he was a trumpet player in the Marching 200 Band. Samuel enlisted into the United States Army and served his country as a Cannon Crewman and Fire Control Instrument Repairer with pride and dignity. He received several medals of recognition during his military career. Sammy completed several assignments, with his last one being in Colorado Springs, Colorado. After being discharged from the Army, he became a Chef, where he practiced his culinary skills. He relocated back to Jacksonville, Florida, where he continued his love for Culinary. Samuel enjoyed his social life, especially sports. He was a die-hard fan of the Jacksonville Jaguars and enjoyed attending games with his family.

A Time to Die
On Saturday, August 3, 2019, God saw fit to call Samuel from his labor to his reward. He fought a good fight; he finished his course and he kept the faith.

~ Forever In Our Hearts ~ The Sumlar Family

To send flowers to the family or plant a tree in memory of Samuel Odell Sumlar, please visit our Heartfelt Sympathies Store.

Receive notifications about information and event scheduling for Samuel

We encourage you to share your most beloved memories of Samuel here, so that the family and other loved ones can always see it. You can upload cherished photographs, or share your favorite stories, and can even comment on those shared by others.

Posted Aug 07, 2019 at 11:40am
Please find comfort in the real hope of being reunited with Samuel by means of the resurrection hope found at John 5:28-29. Rejoice, too, that in harmony with God's original purpose for us, Samuel and other resurrected ones, will have the opportunity to live on earth again and never die. (Luke 23:43) May God grant you peace during this difficult time!
Comment Share
Share via:
HS

Flowers were purchased for the family of Samuel Sumlar. Send Flowers 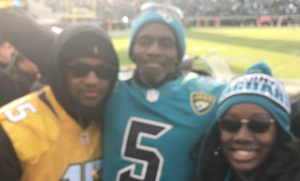 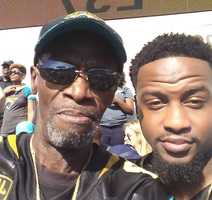 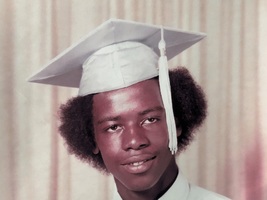