To share your memory on the wall of Slater Thorpe, sign in using one of the following options:

Slater Thorpe, Sr. was born November 14th 1929 in Harris Neck, Georgia, to his parents, Curry Thorpe and Lottie May Wilson. He accepted Jesus Christ as his Lord and Savior and was baptized ... Read More
“And man became a living soul” Genesis 2:7

Slater Thorpe, Sr. was born November 14th 1929 in Harris Neck, Georgia, to his parents, Curry Thorpe and Lottie May Wilson. He accepted Jesus Christ as his Lord and Savior and was baptized at an early age. He married his childhood sweetheart, Elouise Stevens on January 4th 1949. The fruit of this union resulted in three sons, Slater Stanley Thorpe Jr, Alexis Devon Thorpe (Sonya) and Kevin Wendel Thorpe; and two daughters, Audrey Louise Wesley (Alfred) and Janis Elaine Burden (Carlton).

“To everything there is a season” Ecclesiastes 3:1

Slater departed this life on March 25th 2019 and was preceded in death by his mother, Lottie May; father, Curry; daughter, Audrey and two sisters, Pearl Proctor and Mary Curry.

Slater united in Christian fellowship with First African Baptist Church of Harris Neck, Georgia as a youth and served faithfully until he moved to Jacksonville, Florida in 1951 and united with Mt. Ararat Missionary Baptist Church, where he served with the Male Chorus and was elevated to the Trustee and Deacon’s Ministries by Pastor Roosevelt Thaddaeus Williams and served faithfully as the leader of District One. He was a valued employee of the U. S. Gypsum Company and earned the title of Foreman. He retired after more than 40 years of dedicated service.

To send flowers to the family or plant a tree in memory of Slater Thorpe Sr., please visit our Heartfelt Sympathies Store.

Receive notifications about information and event scheduling for Slater

We encourage you to share your most beloved memories of Slater here, so that the family and other loved ones can always see it. You can upload cherished photographs, or share your favorite stories, and can even comment on those shared by others.

Ms. Wanda Thomas and Monica Ford and family sent flowers to the family of Slater Thorpe Sr.
Show you care by sending flowers

Guaranteed hand delivery by a local florist
A

Posted Apr 10, 2019 at 04:46pm
I am very sorry for your loss. It is not an easy time to go through. Talking about it with someone always helps, and their is no one better than God, he even gives us in the Bible Hope in John 5:28, 29 where he promises to bring back to life our loved ones. And in Revelation 21:4 he promises us a better future where we won't suffer no more. To know more visit jw.org 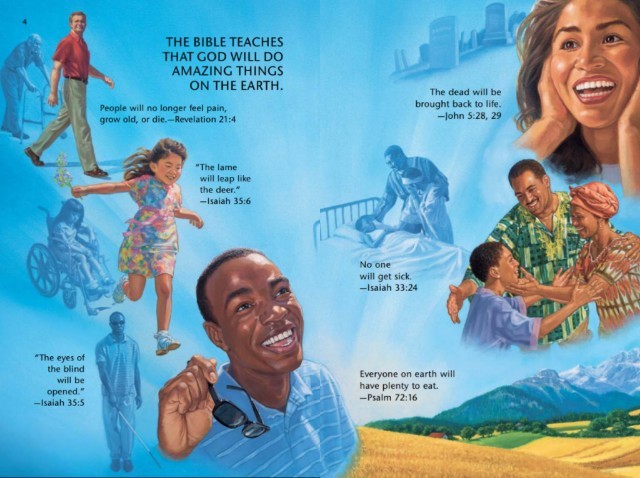 Posted Apr 03, 2019 at 03:10pm
We were saddened to hear of Mr. Slater's death. Allow us, please, to provide good news that answers the question: "What does the Bible promise for the future?" Psalm 37:29 assures us: "The righteous will possess the earth, and they will live forever on it." Take a moment to envision the Thorpe family on God's restored paradise earth enjoying the happy, healthy life that he originally purposed for all obedient mankind. May you strengthen each other's faith in God's promise to remove all woes we experience because of the sin we inherited as a result of Adam's disobedient to his loving heavenly Father. Because of Jesus' sacrificial death, Mr. Slater and other obedient children have the prospect of everlasting life just as God purposed for us.
Comment Share
Share via:

I just learned of Deacon Slater's passing. Much love to to all of you. Cheryl (Jones) McCormick
VB

My sincere condolences to your family. I just wanted to share with you the Bible's view of the resurrection.

The resurrections Jesus performed when on earth was a foregleam of what he will do in the near future as King of Gods Kingdom.

During his rule over the earth, the heavenly Jesus will bring back to life those humans who are asleep in mankind’s common grave . That is why he said: “I am the resurrection.”
(Like 11:25)

Think of the happiness you will feel when you see your loved ones again! Think, too, of the joy that resurrected ones will experience!—Luke 8:51-56

For more information on this subject please visit our website at jw.org

Posted Mar 29, 2019 at 10:06am
My sincerest condolences to The Thorpe Family. God will do away with death soon and that is a promise found In Revelation 21:3,4 it tells of a time when, “death will be no more, neither will pain nor outcry, the former things will have passed away.....” There is also another promise given to us in John 5:28& 29. It tells of a resurrection of those who have fallen asleep in death. Remember these scriptures as a reminder of what’s to come in the future.

I pray for your strength and for peace during this difficult time. Look forward to the time when you’re reunited with your loved ones right here on earth.

Posted Mar 29, 2019 at 09:44am
We send our Deepest Condolences to Pastor Thorpe and Family. With ALL our Love from Wanda Thomas & Family. 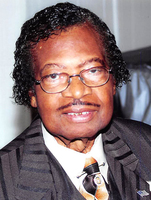 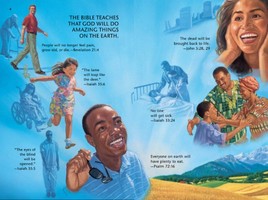