To share your memory on the wall of Veronica Smith, sign in using one of the following options:

Evangelist Smith She later met and married the late Frank Denmark and to this union they were blessed with Shelia Ronnete Gettis and Frank Denmark, Jr. During this time Evangelist Smith decided to further her education and she attended Edward Waters College, where she earned a degree in Music, Childcare, Business and Philosophy. Evangelist Smith was employed as a Childcare Worker, Restaurant Hostess and Thrift Store Manager. Evangelist Smith divorce on May 19, 1985 and remarried Langford B. Smith, Sr. and from this union, Veronica E. Smith, Langford B. Smith, Jr., Perdita R. Smith and Jeremiah “Preacha” A. Smith was born. By this time Evangelist Smith was not only a homemaker, but she enrolled and attended the Community Baptist Church Faith Theology School, where she was ordained as a Minister, under the leadership of the late Pastor H. Gelgy and Evangelist M. Lohite on December 1, 1999. She was a Spiritual Member, Contributor and attendee of church, Tru–Way of the Risen Christ under the leadership of Pastor Elwyn Jenkins.

Evangelist Smith being the local Community Minister Leader and head leader of the Prison Ministry, also is the reasoning behind the many Lost Souls returning to Christ. A recording artist, Evangelist Smith later wrote, composed, arranged and produced her debut album in 2008. She will be remember for the hit songs, “Touch the heart of God, Dry Bones, and One Preacha Noah”.

To send flowers to the family or plant a tree in memory of Veronica Lane Smith, please visit our Heartfelt Sympathies Store.

Receive notifications about information and event scheduling for Veronica

We encourage you to share your most beloved memories of Veronica here, so that the family and other loved ones can always see it. You can upload cherished photographs, or share your favorite stories, and can even comment on those shared by others.

All Pro Asphalt sent flowers to the family of Veronica Lane Smith.
Show you care by sending flowers

All Pro Asphalt purchased flowers for the family of Veronica Smith. Send Flowers

Posted Oct 26, 2019 at 11:37am
A Genuine Laborer in The Most High Army of God. Veronica was blessed with a golden voice and ministry from God. Veronica has come up with a new sound that she has created called Gospel/Operatic Glorified Melodies. Veronica accepted the calling as a Laborer in the Vineyard. Veronica is unique in song writing, preaching and singing. When listening to Veronica’s anointing , your soul will be blessed and healed with the inspirational arrangements and vocal sounds. Evangelist Veronica L Smith has touched so many lives with her anointed melodies, acknowledging that she is but one of millions called by God to sing. Veronica’s Operatic Gospel Melodies has a stabilization in Healing and Blessing anointing Power. Veronica is not just a modern day Gospel Singer, Veronica sings to touch the Heart of God and bring healing into the lives of her listeners. Her vocal abilities will astound you. Veronica is unique in her song writing and singing ability to motivate all ages to Walk with God. 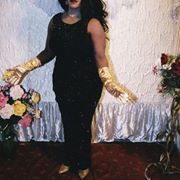 Posted Oct 17, 2019 at 06:05pm
I WILL NEVER FORGET THE TIMES MY KIDS AND I STAYED WITH YOU YOU TOOK CARE OF ME LIKE A BABY SISTER I WILL NEVER FORGET THE LATE NIGHTS TALKING AND LAUGHING WITH YOU I WAS CLOSER TO YOU THEN THE OTHERS MY HEART IS SO HEAVY I THANK GOD ABOVE FOR ALL THE MEMORIES OF YOU AND I'M GLAD YOU ARE AT PEACE NO MORE PAIN NOTHING BUT JOY AND SINGING IN THAT HEAVENLY CHOIR LOVE YOU ALWAYS ONE OF MY BIG SISTER'S
Comment Share
Share via: 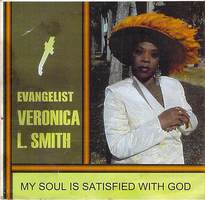