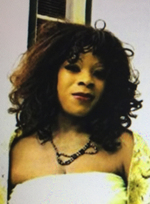 Evangelist Veronica Lane Smith was born on October 22, 1954 to the late Reverend Willie L. Williams and First Lady and housewife Maxine Williams. She received her early education at Wayne County Elementary in Wayne County, Georgia. She was the youngest of five out of seven brothers and sister. At the age of 13 Mrs. Smith moved along with her siblings from Jessup to Jacksonville, Florida, where she attended and graduated from New Stanton High School, Class of 1973.

Evangelist Smith She later met and married the late Frank Denmark and to this union they were blessed with Shelia Ronnete Gettis and Frank Denmark, Jr. During this time Evangelist Smith decided to further her education and she attended Edward Waters College, where she earned a degree in Music, Childcare, Business and Philosophy. Evangelist Smith was employed as a Childcare Worker, Restaurant Hostess and Thrift Store Manager. Evangelist Smith divorce on May 19, 1985 and remarried Langford B. Smith, Sr. and from this union, Veronica E. Smith, Langford B. Smith, Jr., Perdita R. Smith and Jeremiah “Preacha” A. Smith was born. By this time Evangelist Smith was not only a homemaker, but she enrolled and attended the Community Baptist Church Faith Theology School, where she was ordained as a Minister, under the leadership of the late Pastor H. Gelgy and Evangelist M. Lohite on December 1, 1999. She was a Spiritual Member, Contributor and attendee of church, Tru–Way of the Risen Christ under the leadership of Pastor Elwyn Jenkins.

Evangelist Smith being the local Community Minister Leader and head leader of the Prison Ministry, also is the reasoning behind the many Lost Souls returning to Christ. A recording artist, Evangelist Smith later wrote, composed, arranged and produced her debut album in 2008. She will be remember for the hit songs, “Touch the heart of God, Dry Bones, and One Preacha Noah”.