To share your memory on the wall of William Smith, sign in using one of the following options:

Sitting first chair playing flute in the band, becoming a Life Scout and member of the elite scouting, “Order of the Arrow”, and working in all areas of his father’s drug stores and Adolph’s Beauty Products distributorship, gave him a full and satisfying childhood. A seminal moment was the band director’s request that he help teach an elegant, classy teenager, Iva Elizabeth Baker, how to play flute. She would sit second chair playing flute next to William and share his seat in marriage (beginning Dec. 27, 1963) for the next 51 years.

He graduated with a Bachelor of Science in Business Administration from Florida Agricultural & Mechanical University in 1962. Being pursued by the Army draft board, he volunteered to join the United States Air Force immediately after college and served for almost four years at bases in Texas (Lakeland, Perrin) and Johnston Island (a secret base that his sense of duty would never fully reveal!) in the Pacific. Iva and William lived in Dallas and El Paso while in the service. For a short while after his time in the service, William worked for Dun and Bradstreet as a credit reporter and the Red Cross as an Assistant Field Director. During this time their son, William John Smith, was born while in Dallas in 1968.

Because of the illness of his parents, William and Iva returned to Jacksonville in 1969 to live and to be available to help his parents. William became one of the first African-Americans to have a sales job in the deep South with a major pharmaceutical company, Winthrop Labs. His job required him to visit physicians and hospitals in a large geographic area around Jacksonville including many small towns in rural southern Georgia. His demeanor and winning, pleasant personality, customer service, and product knowledge made him among the top salesman in his company, often in the President’s Club.

With a winning personality that did not always beat inequalities with fists during the era of civil rights, William would continue to “Stay the course!” While experiencing racism, sometimes minor or indirect, William was able to spend the rest of his career in pharmaceutical sales while continuing to smile and display kindness that overcame the inequities that faced him often. His work was important and he was a trailblazer in his field, but Iva, family, and church were always his biggest and most important jobs in life. His love and dedication to the care of his seriously ill parents and Iva, who suffered major illness for much of their married life, was a true reflection of Christ living in him and through him every day.

He was a long time active and faithful member of the St. Philips Episcopal Church where he served in many capacities over the years including leading the Eucharistic Ministry. His unwavering love and commitment to God and His church was rewarded with an extraordinary legacy of goodness, high purpose, and great faith that is reflected in his honor by his son and his family.

William took his last breath on Sunday, July 26, 2020. The angels rejoiced and sang with excitement and welcomed him home.

To send flowers to the family or plant a tree in memory of William Speakman "Bill" Smith, please visit our Heartfelt Sympathies Store.

Receive notifications about information and event scheduling for William

We encourage you to share your most beloved memories of William here, so that the family and other loved ones can always see it. You can upload cherished photographs, or share your favorite stories, and can even comment on those shared by others.

Posted Aug 04, 2020 at 08:48pm
Thinking of you today & in the days to come. Sending love & prayers for your family. May you find peace in the celebration of a beautiful life lived

Posted Aug 03, 2020 at 07:10pm
To the Family of William S. Smith--I can remember how William and Iva exchanged recorded cassette tapes by mail during the time he was stationed in the Pacific. Cassette tapes were the latest thing! and I thought it was sooo clever of them to exchange tapes.
Much better to hear a loved ones voice than to read a letter! (Iva shared this with me when we visited them in Dallas TX in 1968.).... Very sweet!
Comment Share
Share via:
KP

Posted Aug 02, 2020 at 11:41am
Special prayers are sent to the family as they share fond memories and grieve the loss of him from this earthly life.
K. Joy Peters

Posted Jul 29, 2020 at 09:18am
Condolences to the family. May God bless and keep you safe and strong in the loss of your love one.
Comment Share
Share via: 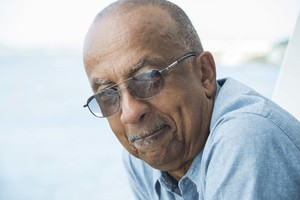 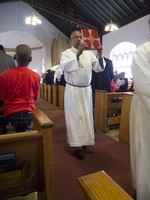 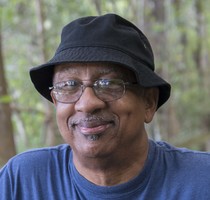 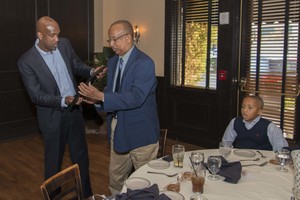