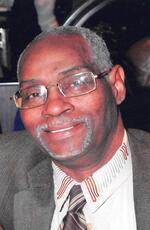 Mr. William Waddell was born to the late Joseph and Jessie Pearl Waddell on February 10, 1944 in Jacksonville, Florida. He was educated through the local schools and graduated from Matthew W. Gilbert Senior High School on June 8, 1966. After one year of college, he enlisted in the United States Army military and gave his service for six years. In the Vietnam War, after receiving an Honorable Discharge, he came home, he also received for his service from the Army: