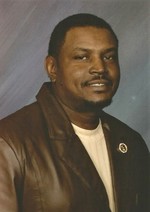 God decided in advance to adopt us into his own family by bringing us to himself through Jesus Christ.
~ Ephesians 1:5

A Time to Be Born:
William Walker, affectionately called “Poppa”, was born on May 29, 1953 to William Walker and Ellen Frances Boyd Walker in Jacksonville, Florida.

A Time To Live:
William was educated in the public schools of Duval County. He attended Stanton High School. He was employed with Hunter’s Starter & Generator where he built and serviced armatures for all types of automobiles which he sold throughout the state of Florida and Georgia. He was also employed by Load King. William decided he wanted to work for himself, so he launched his own business, ARMPRO Lawn & Landscaping, working tirelessly for over 30 years. William married his devoted wife, Sheryl on May 20, 2000. His surviving legacy includes two daughters, Terrell Walker and Shawnna Walker; three stepsons, Eugene (Raisha) White, Michael, and Mark Hicks.

A Time To Die:
William fought a courageous fight, but God decided it was time for him to come home. He transitioned to his mansion on Sunday, August 16, 2020.