To share your memory on the wall of Alma Hanna, sign in using one of the following options:

Provide comfort for the family of Alma Hanna with a meaningful gesture of sympathy.

In addition to her professional life of service, Mrs. Hanna (Alma) was a dedicated daughter, mother, grandmother, nana, cousin, and friend. There was no one whom she would not help and the word “stranger” was not in her vocabulary. All who encountered Mrs. Hanna (Alma) met a friend. Her kitchen, as well as her home, was always open. She was a champion of the downtrodden, encourager to the uninspired, and helper to the needy. The impact she made upon others is indescribable and uncountable.

Sis. Hanna was a dedicated and faithful member of the GBMBC. Her former duties at GBMBC were; she served as the Youth Counselor where she often had the youth at her house for various meetings and gatherings; she was a member of Usher Board No. 1; a member of District No. 1; Senior Women Missionary Society; where she held the position of Vice President from 2005 until her health failed and she was the Secretary of the Spiritual Choir. She was a member that loved her Pastor and church. You could often hear her encouraging her Pastor by saying, “sing Pastor”.

To send flowers to the family or plant a tree in memory of Alma "Sister" Hanna (Styles), please visit our Heartfelt Sympathies Store.

Receive notifications about information and event scheduling for Alma

We encourage you to share your most beloved memories of Alma here, so that the family and other loved ones can always see it. You can upload cherished photographs, or share your favorite stories, and can even comment on those shared by others.

Theodore Kelly and The Florida Classic Group have sent flowers to the family of Alma "Sister" Hanna (Styles).
Show you care by sending flowers

Posted Aug 28, 2019 at 07:34am
My prayers are with all who knew and loved the late Alma, Sister as she was affectionately called. You will miss her presence, but keep all memories close in your heart. There will be a time when you will see her once again. (Acts 24:15:John 5:28,29, Revelation 21:4) May you find comfort, peace and endurance during this time of trial
Comment Share
Share via:

Posted Aug 22, 2019 at 06:32am
My Dearest and Beloved Sister Alma, I am heartbroken/so sorry you are no longer here with us, but I know that you are still here with us in spirit. Here's hoping your family/loved ones are comforted by these words: A GOOD woman never dies; they will see you many times. They will feel you in all things that are here out of love, and for love. The person of you may leave or be taken away, but the best part of your GOODNESS stays. It stays FOREVER! Dear Family, take care of each other and stay strong for each other. May God Bless You and Us All. I send my eternal love. Barbara Jackson Styles King
Comment Share
Share via:
TK

Posted Aug 20, 2019 at 12:47pm
Words fail to express my sorrow for your loss. Please know I am with you through this difficult time. Ramona Massimo Quartey-Papafio.
Comment Share
Share via: 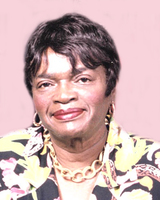 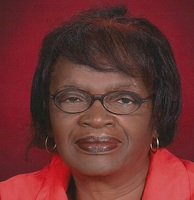 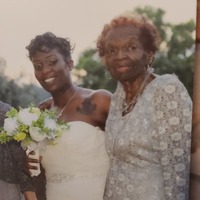