To share your memory on the wall of Bobby Johnson, sign in using one of the following options:

Provide comfort for the family of Bobby Johnson with a meaningful gesture of sympathy.

Bobby favorite past times was fishing and watching sports, which his favorite teams were the Georgia Bulldogs, Jacksonville Jaguars and for many years the LA Lakers; until he recently took a strong liking to the Golden State Warriors.

After 80 memorable years of life, Bobby passed away on May 27, 2019 in Jacksonville, Florida. He was preceded in death by his parents, Doc and Estelle Johnson; wives, Annie Lou Johnson and Alfreda Johnson; and a beloved daughter, Cyncere Johnson Lester.

We encourage you to share your most beloved memories of Bobby here, so that the family and other loved ones can always see it. You can upload cherished photographs, or share your favorite stories, and can even comment on those shared by others.

Posted Jun 07, 2019 at 01:59pm
Our heartfelt condolences to this family for your loss! Please draw comfort from Ecclesiastes 9:5 and what it says about Bobby who is now sleeping is death. (John 11:11) There we are assured that "the dead know nothing at all." This means that Bobby's suffering has ended, nor does he feel any pain. It is our hope that you find comfort in learning what Acts 24:15 means by stating: "I have hope toward God . . . that there is going to be a resurrection." As a family, imagine a time in the future when those in the grave will be brought back to life on God's restored paradise earth. (Revelation 21:3-4)
Comment Share
Share via:
KS

Posted Jun 03, 2019 at 08:19pm
Please accept our most heartfelt sympathies for your loss... Our thoughts are with you and your family during this difficult time.

Posted May 30, 2019 at 06:36am
My sincere condolences to Bobby's family. I just wanted to share with you the Bible's promise of the resurrection .

Jesus said at John 11:25, 'I am the resurrection and the life'. Jehovah has granted his son Jesus Christ the power not only to resurrect the dead but also to impart eternal life.

At Revalation 1:18, Jesus calls himself “the living one,” who has “the keys of death and of the Grave.” Jesus is our hope for the living and the dead. He promised to open up the tombs and give the dead life, either in the heavens as his 'Corulers' or 'Everlasting Life' on earth ruled by his heavenly government.—John 5:28, 29;
2Peter 3:13.

So when Bobby return to life, on this earth in perfect health wouldn't this be a grand reunion. This promise is a gift from Jehovah for all to read in their copy of the Bible at John 3:16, John 17:3, Romans 6:23 and Revelation 21:4. 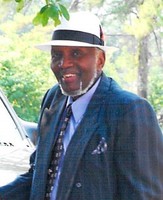 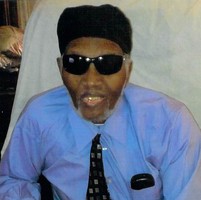