To share your memory on the wall of Gwendolyn Brown, sign in using one of the following options:

Gwendolyn Patricia Mitchell Kleckley Brown, was born September 20, 1949 to Gloria and Willie H. Mitchell. She was a life-long resident of the Jacksonville community. Gwen went to be with the Lord on February 19, 2020.

Gwen was educated in Duval County Public Schools, graduating from Stanton Vocational High School in 1967, followed by attending Florida State College at Jacksonville. She obeyed the gospel of Christ on April 6, 1975, at the Northside Church of Christ, where she worked in multiple ministries. She was a bible school teacher in the education ministry and worked with the special programs ministry. While working with the special programs ministry, Gwen wrote magnificent plays that brought the house down, year after year, at the Northside Church of Christ. She wrote motivating plays about Black History, but she brought to life the scriptures with plays such as the “Prodigal Son” and “Jesus Yesterday, Today, and Forever, Dear God-I’m Only Seventeen.” She coordinated and decorated storybook weddings for many years. She was so talented and passionate about it that she opened an event planning business called “Special Occasions.” Even after the doors of the business closed, she continued to create beautiful special occasions for so many family and friends. Throughout the years, she taught family members how to create special occasions for everyone because she believed that everyone deserves to feel special.

Gwen spent eight years serving our country in the United States Army Reserves. During her early years of employment, she worked for the San Jose Country Club and then for University Medical Center as Accounts Receivable Supervisor. She later began a career with the Internal Revenue Service (IRS), where she worked for the past thirty-five years as a Collections Representative, Lead Collections Representative, and Certified Instructor Trainer. She was the recipient of numerous awards such as Outstanding Performance, Manager Award, and many more. While working for the IRS, she served as a union steward for the National Treasury Employees Union (NTEU), where she held several leadership positions such as ACS Move Coordinator, Environmental Committee Founding Member/Steward, Treasurer, Secretary, Board Member, and Assistant Chief Union Steward. In her role for many years, she represented hundreds of IRS employees in their fight for fair treatment, equality and justice in the workplace.

Gwen was a loving wife, mother, sister, and friend to so many. She had a beautiful spirit. All knew her for being the voice of reason and up to date on all current issues. Words often used to describe Gwen are spiritual, orderly, independent, wise, generous, loyal intelligent, non-judgmental, advisor, confidant, visionary and loving. She often shared this piece of advice to those she counseled: “No matter how bad someone hurts you, be careful how you respond because God is going to judge you on your response no matter what the other person did to you."

Gwen is preceded in death by her parents, Willie H. and Gloria Mitchell.
Read Less

To send flowers to the family or plant a tree in memory of Gwendolyn K. Brown, please visit our Heartfelt Sympathies Store.

Receive notifications about information and event scheduling for Gwendolyn

We encourage you to share your most beloved memories of Gwendolyn here, so that the family and other loved ones can always see it. You can upload cherished photographs, or share your favorite stories, and can even comment on those shared by others.

Posted Mar 01, 2020 at 07:22pm
Gwen,
My sister, my childhood and adult friend, you are truly missed. You have touched many lives and the world is a better place because of your presence.

You lived a life, which was pleasing to God and your work on this earth was finished He has called you home to rest.

our genuine friendship was genuine and most appreciated. I will continue to pray for Ronald, the children and grandchildren.
With much love,
Allen & Evelyn Williams Tukes
Comment Share
Share via:
D

Posted Feb 28, 2020 at 05:34pm
I met Gwen in 1974. I was a CBE student working at the hospital after school. She was the first and only person that looked like me in the office. She became my mentor and friend. She always spoke her mind and will surely be missed by family and friends. My deepest condolences to the family.
Comment Share
Share via:

Posted Feb 28, 2020 at 08:56am
Gonna miss you Ms Gwen. thank you for being such an amazing, loving, and caring person to me and my family.
Comment Share
Share via:
PT 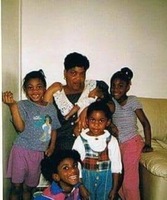 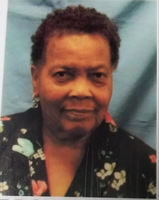 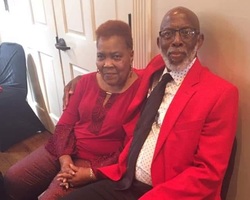