To share your memory on the wall of Henry Wade, sign in using one of the following options:

Print
In the city of Jacksonville, Florida on October 28, 1932, a life was brought forth as a result of the union of Rossie and Elizabeth Strayhorn Wade the second child whom they named “Henry George”, affectionally known as “Hotdog”.

... Read More
In the city of Jacksonville, Florida on October 28, 1932, a life was brought forth as a result of the union of Rossie and Elizabeth Strayhorn Wade the second child whom they named “Henry George”, affectionally known as “Hotdog”.

After graduating from Stanton High School (1951) in Jacksonville, Florida, Henry joined the armed forces and was stationed at Quartermaster Replacement Training Center in Fort Lee, Virginia and was honorably discharged as a recipient of a National Defense Service Medal and Good Conduct Medal. He has been a faithful member of Historic Mount Zion A.M.E. Church since birth and served as a steward, trustee, Sons of Allen, Male Chorus and usher.

During his young years of life, he was employed by Levy Wolf Department Store for many years. Later in life he gained employment with Broach and Associates (1974) where he had been employed for 30 years. Because of his devotion to his employer Bill B. Broach he was affectionally adopted by the Broach family throughout his years of life.

To send flowers to the family or plant a tree in memory of Henry George Wade, please visit our Heartfelt Sympathies Store.

We encourage you to share your most beloved memories of Henry here, so that the family and other loved ones can always see it. You can upload cherished photographs, or share your favorite stories, and can even comment on those shared by others.

Posted Dec 31, 2019 at 07:47pm
We are saddened by the loss of our dear friend and extended family member, whom we called "Wade". Mr. Wade was too formal for him. We are fortunate to have shared numerous holidays and family gatherings with him, including a trip to Savannah to eat at the Olde Pink House. Wade also traveled with us to SC to visit our family who became his extended family. He was no stranger. While we grieve our loss, Heaven rejoiced to welcome Wade to meet his Lord & Savior, Jesus. Flowers were purchased for the family of Henry Wade. Send Flowers

Posted Dec 27, 2019 at 10:21pm
Henry Wade to most, but to me he was Pop. Pop had his style and smile that can’t be duplicated. If he ever got angry I never saw it. Ever. Pop had some good stories about things in life that at my age I absolutely knew were true. But the most profound attribute about Pop that no one can question was his love for what he called ‘His Baby’. Kenneth Wade (aka Cowboy) was Pops world and Pop was Kenny’s world. RIH Pop and we will keep in the road for ya. JT
Comment Share
Share via:
LB

Posted Dec 27, 2019 at 02:56pm
We lost a family member in Henry G. Wade (Wade) on Christmas Eve!
Wade was like a brother to me and we've experienced a lot of life together since we first met in 1974! He was a confidant, friend, and brother, but most importantly he was the "Chairman of Board" of our family! His association with my dad made them the best of friends and I know they are rejoicing in heaven together now! Wade was one of Life's blessings and I am grateful to have known him and be considered a friend and a brother. We love Wade, Kenny and family and we mourn his loss here on earth, but we greatly rejoice with him being with the Lord!!!!
Comment Share
Share via:
AD

Posted Dec 26, 2019 at 01:16pm
Our deepest sympathy to all the family and friends. May you find peace that only God can give during this time of sorrow. Albert c: Jackson, Ga
Comment Share
Share via:
KE

My heartfelt condolences to you and your family.
PK

If I ever met a gentleman it was HGW I mean from day one. Yes indeed he was a very clean sharp intelligent man with a smile that would brighten ur day . I have wonderful memories that I can cherish.. Henry you will truly be missed, an never forgotten those who knew you know that heaven has definitely gained a very sweet Sol.....My Condolences to the Family 💕 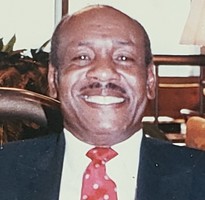 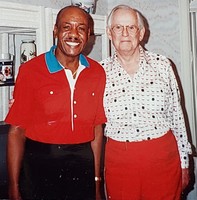 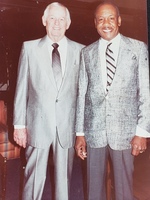