To share your memory on the wall of Lionel Lawrence, sign in using one of the following options:

After retiring from UPS, Lionel moved to Jacksonville Florida with the intentions of laying back and relaxing, which as we all know, didn’t last long. Less than a year later he became restless and was ready for a new challenge. He embarked on his new career as a Nuclear Lab Technician for the Cardinal Health System, and remained employed for almost 20 years until the time of his passing.

Lionel was a faithful member for numerous churches throughout his career as a minister of music, with his most current membership at the Phillip R. Cousins AME Church until his sunset. He was a gifted musician as a singer with a distinctive and smooth baritone voice and multiinstrumentalist. Another interesting fact; he was the name sake of the famous jazz legend Lionel Hampton who was very close friends with his dad, Joe Lee Lawrence.

Lionel was also a Shriner and Mason at St. Johns Lodge Chapter 43 East Orange, New Jersey. Lionel will always be remembered as an even-tempered, “smooth” consistently kind very humble and thoughtful gentleman. He was well respected by many. He was the “Classic” man. He was about peace, and never the author of confusion. He had a unique way of diffusing a situation without saying much. He was short with words, but long with patience. He was not a talker, but was a great communicator. He loved and supported all of his children equally. Though many miles away throughout their lives, he was always close, faithful and the perfect role model. He taught his children to love the Lord, and trust in God.

To send flowers to the family or plant a tree in memory of Lionel Hampton Lawrence, please visit our Heartfelt Sympathies Store.

Receive notifications about information and event scheduling for Lionel

We encourage you to share your most beloved memories of Lionel here, so that the family and other loved ones can always see it. You can upload cherished photographs, or share your favorite stories, and can even comment on those shared by others.

Posted Oct 29, 2019 at 01:23pm
Dear LD, Our deepest condolences to you and your family. From all of us at Advanced Security Concepts, INC.

Flowers were purchased for the family of Lionel Lawrence. Send Flowers

Posted Oct 28, 2019 at 09:51am
Lionel, my friend. A man of few words with a heart of gold. I thank God that I had the opportunity to know a great man of God with the spirit of meekness and humility. Though your melodic voice will be missed here on earth, it gives me great joy knowing you have triumphed through this journey and are now singing with the angels in the "Heavenly Choir."

To the family, I pray that your hearts be comforted during your hour of bereavement. 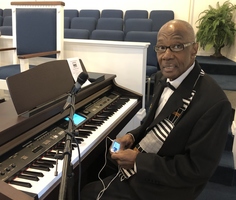 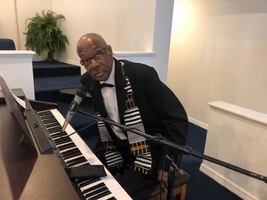