To share your memory on the wall of Reginald Johnson, sign in using one of the following options:

Provide comfort for the family by sending flowers or planting a tree in memory of Reginald Johnson.

Obituary for Reginald Andrew Johnson I

Reginald held membership with Universal Triumph, The Church of God and Kingdom of Christ, where the founder was the late Reverend George W. Harvey (Father Abraham II). He was employed with the Duval County Public School System and spent 35 years as a Band Director working at, Highlands Middle, John Gorrie Middle and Robert E. Lee High Schools. In 1990, Reginald began the Inaugural Band Program at First Coast High School, where he spent his last 20 years.

Reginald retired from the school system, and returned to his first love of playing his saxophone and began performing with and directing the Recycle Orchestra and the Jacksonville Community Band. He earned his ministerial credentials and began ministering to inmates in the Duval County Prison System. He continued performing, conducting and ministering until he was side lined by illness.

Reginald departed this life November 25, 2019. He was preceded in death by his parents, Gradson Andrew Johnson and Beatrice Dorsey Johnson.

To send flowers to the family or plant a tree in memory of Reginald Andrew Johnson I, please visit our Heartfelt Sympathies Store.
Read Less We encourage you to share any memorable photos or stories about Reginald. All tributes placed on and purchased through this memorial website will remain on in perpetuity for generations.

Your friends Robert & Cynthia Solomon & Family and Jacksonville Community Band have sent flowers to the family of Reginald Andrew Johnson I.
Show you care by sending flowers
Hand delivered by a local florist

Your friends Robert & Cynthia Solomon & Family and Jacksonville Community Band have sent flowers to the family of Reginald Andrew Johnson I.
Show you care by sending flowers
Hand delivered by a local florist
SJ

To the Johnson family.
Words cannot express the gratitude and love me and my family has had for you all. Growing up I watched Mr. Johnson teach both of my sister's in band and I followed not long after alongside his son the Marching Buccaneers. I truly will miss Mr. Johnson for what he instilled in me and he will forever be missed.
We love you all so much
Love The Johnson Family Shavon, Samai, Eddie, Shirley, and Camille.
Comment | Share Posted Nov 30, 2019 at 11:16pm via Condolence
YF

Our hearts and prayers goes out to you and the family. May you find comfort knowing others care. Reggie was a true friend & neighbor. God-bless.

We are thinking of you during this difficult...

Flowers were purchased and a memorial tree planted for the family of Reginald Johnson.
Order Now | Show All
Comment | Share Posted Nov 29, 2019 at 01:22pm via Floral Arrangements
HS

Flowers were purchased for the family of Reginald Johnson.
Order Now | Show All
Comment | Share Posted Nov 29, 2019 at 11:44am via Floral Arrangements
JB

With love and grateful thanks for your conductorship in the band, our friend and teacher, we will miss you "Reginald Johnson" 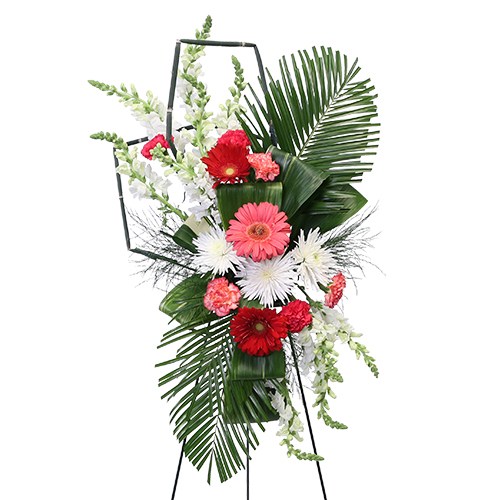