Use the form above to find your loved one. You can search using the name of your loved one, or any family name for current or past services entrusted to our firm.

Ordering flowers from our site ensures that your order will reach us or the family in a timely manner, and your gesture of support will remain acknowledged in the Book of Memories for future generations. We only work with local florists so we can maintain the sense of urgency and quality of your selections. We thank you for helping to support the family during their time of need, and will fondly remember your kind gesture.

To share your memory on the wall of Danise Jackson, sign in using one of the following options:

Provide comfort for the family of Danise Jackson with a meaningful gesture of sympathy.

On December 23, 2019, Danise answered God’s call and went home with the Lord.

Great-Great nieces and nephews, Ryan, Royalty, Jasper, and Jayce; and a host of other relatives and friends.

We encourage you to share your most beloved memories of Danise here, so that the family and other loved ones can always see it. You can upload cherished photographs, or share your favorite stories, and can even comment on those shared by others.

Posted Dec 26, 2019 at 01:19pm
My deepest condolences to all the family and friends for their loss. May you find comfort from the reading of GOD'S word.
Comment Share
Share via: 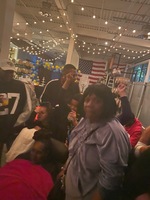 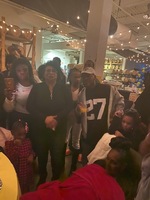