To share your memory on the wall of Elizabeth Lacey, sign in using one of the following options:

Ms. Lacey was affectionately known as “Dot” by her family and close friends.

Ms. Lacey met and married Charlie C. Grady and to that union one child was born. Mr. Grady died after 20 years of marriage. She later met and married Mr. Floyd Lacey who preceded her in death. Ms. Lacey moved to Jacksonville, Florida in 1998 to be with her daughter and family residing in Morris Manor for a number of years. She joined St. Paul Missionary Baptist Church under Bishop John E. Guns where she was a faithful member of Noon Day Bible Study. She also attended the Harris House where she enjoyed going 3 days a week. She and Renee Harris created a special bond that was unbreakable.

To send flowers to the family or plant a tree in memory of Elizabeth Laverne Lacey, please visit our Heartfelt Sympathies Store.

Receive notifications about information and event scheduling for Elizabeth

We encourage you to share your most beloved memories of Elizabeth here, so that the family and other loved ones can always see it. You can upload cherished photographs, or share your favorite stories, and can even comment on those shared by others.

Posted Jun 27, 2020 at 09:18am
Granny and I always sing our favorite song One More Time Dear Lord. I will miss her singing our song. Rest In Peace granny. Loretta Lee
Comment Share
Share via:
HS

Flowers were purchased for the family of Elizabeth Lacey. Send Flowers

Posted Jun 24, 2020 at 09:30pm
Im sorry for your loss, We are praying for you and your family during this time that God will comfort all of you. With our love, Milagros and family.

Posted Jun 24, 2020 at 07:39am
Allen, I'm truly sorry for your loss. I'm truly going to miss hearing the stories about your grandmother. I will always cherish the stories that we use to swap about our grandmothers. Just know it gets easier with time. Tell your mother that I'm hear for her if she needs a good laugh to lift her spirits. I will continue to keep you and your family in prayer. Love your sister in JSO Lt. Michelle Fletcher
Comment Share
Share via: 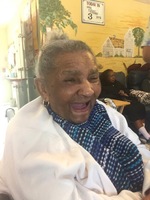 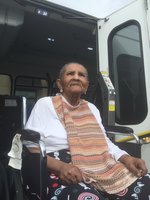