To share your memory on the wall of Kathy Streater, sign in using one of the following options:

Kathy was a faithful member of Greater New Mount Lilla Baptist Church under the leadership of Clarence Hester, where she was a member of the usher board and active member of District II. God blessed Kathy with a son, John Hickson, who was the love of her life.

To send flowers to the family or plant a tree in memory of Kathy Yvette Streater, please visit our Heartfelt Sympathies Store.

Receive notifications about information and event scheduling for Kathy

We encourage you to share your most beloved memories of Kathy here, so that the family and other loved ones can always see it. You can upload cherished photographs, or share your favorite stories, and can even comment on those shared by others.

Posted Nov 01, 2020 at 01:40am
To the Streater family God don't put no more on us then we can bare. Kathy will be truly miss but never forgotten. Kathy has a big smile to go alone with her big heart so take your rest until we meet again.
Comment Share
Share via:
VN

Posted Oct 30, 2020 at 09:58am
My Condolences to the Streater Family. Please take comfort in the scriptures.
Romans 6:23 For the wages sin pays is death, but the gift God's gives is everlasting life by Christ Jesus our Lord.
Comment Share
Share via:
M 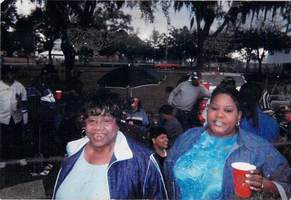 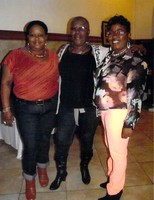