To share your memory on the wall of Sam Brown, sign in using one of the following options:

Provide comfort for the family of Sam Brown with a meaningful gesture of sympathy.

After high school, in 1966, Sam Jr. joined the United States Army where he was Sp. 4 and did a tour of duty in Germany and Vietnam and received an Honorable Discharge.

In 1969, he married Brenda Richardson, and had three children: Desmond, Geri, and J. Eric.

Sam Jr. was a Master Carpenter and worked construction for 45 years.

To send flowers to the family or plant a tree in memory of Sam Brown Jr., please visit our Heartfelt Sympathies Store.

Receive notifications about information and event scheduling for Sam

We encourage you to share your most beloved memories of Sam here, so that the family and other loved ones can always see it. You can upload cherished photographs, or share your favorite stories, and can even comment on those shared by others.

Des sent flowers to the family of Sam Brown Jr..
Show you care by sending flowers

Posted Apr 25, 2020 at 07:30pm
My Sincere Sympathy to the Family,
We are never prepared for the loss of our loved one but Almighty God is always prepared to help us through our loss. May His promise of the resurrection begin the healing process in your heart and may His love surround you with the comfort only He can give. -(John 5:24,25; 2 Cor 1:3,4) Looking forward to the time when we will all meet again.
Clementine Richo DeBerry
Class of “65”
Comment Share
Share via:
D

Posted Apr 16, 2020 at 08:45pm
My deepest sympathy to Sam Brown, Jr. family. Praying God will comfort and care for you while you celebrate the legacy that lives on. Sam was a very good friend in high school. My memories of him will not be forgotten.
Comment Share
Share via:
GB

Thank you so much!
IR

Posted Apr 16, 2020 at 06:23pm
Sam Brown, Jr! a man I've known for pretty much all my life. Being a long time friend of my father, Sam watched me from a 7 year old child, grow through my teen years as my trainer in the trade of carpentry, to my adult life being a reliable teammate in providing excellent construction services to homeowners throughout NE Florida. I'm forever grateful for the sincere mentorship, and genuine friendship we shared. Rest In Peace Mr. Brown, we love you.
Comment Share
Share via:
GB

Thank you for sharing such warm memories and kind words.
ST

Thank you for planting the memorial tree and for your condolences! 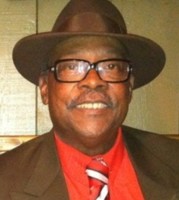