To share your memory on the wall of Willie Gilmore, sign in using one of the following options:

Willie was a very loving, caring, and compassionate man as a father, partner, G-Pa, brother, cousin, uncle, nephew, and a true friend to everyone who was blessed to be around him.  He never  complained and was always willing to lend a helping hand or a listening ear no matter when or where.  His character was that of a jokester as he always made others laugh. His smile was contagious and would light up any room and he was no joke in the kitchen or on a grill!   "Truly A God Gifted Spirit with A Heart of Gold”

Willie was employed at Mercury Carpet & Floored by Taylor until his health started failing. Although he had to retire, his boss continued to stay in touch and be a great friend.

To send flowers to the family or plant a tree in memory of Willie Gene Gilmore, please visit our Heartfelt Sympathies Store.

Receive notifications about information and event scheduling for Willie 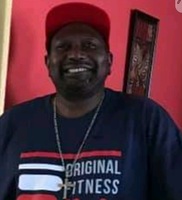 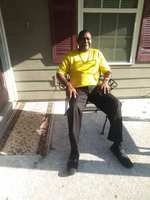